Will the Vaccine Be Effective? 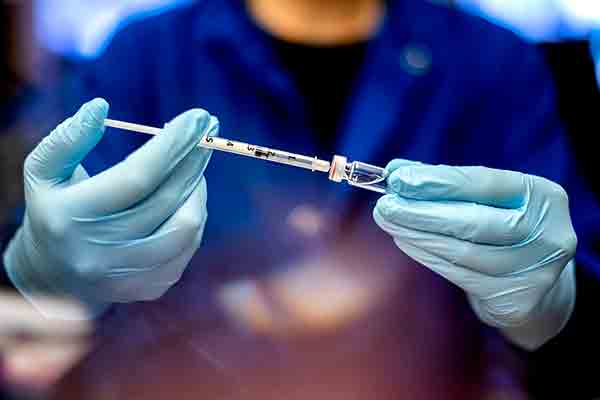 This vaccine could prevent COVID-19 in 9 out of 10 people. But how does it work?

On Monday, the pharmaceutical company Pfizer announced that its COVID-19 vaccine is more than 90 percent effective at preventing the disease according to preliminary Phase 3 clinical trial data, a percentage much higher than anticipated.

The vaccine, which is in its final clinical trial stage, still needs to undergo extensive vetting by the scientific and medical community and the Food and Drug Administration before manufacturing and distribution begins.

The study involved more than 43,000 people, half of whom received the vaccine, which is administered in two doses, while the other group received a placebo. Participants were told to go about their lives as usual while following public health guidelines.

During the trial, 94 participants developed COVID-19, of which fewer than 10 percent had received the vaccine.

“Most people were saying that 75 percent effectiveness would have been acceptable,” Amiji says. “90 percent is tremendous.” Many pharmaceutical companies are working toward a COVID-19 vaccine, but aside from the drugmaker Moderna, Pfizer is one of the only ones developing a new type of vaccine that uses messenger RNA—a technique that has not yet been approved.

Typically, vaccines create immunity when an inactive version of the virus is introduced in the body. This technique can be risky, as not all viral particles are guaranteed to be inactive, Amiji says.

The messenger RNA, or mRNA, vaccine differs in that it mimics the way SARS-CoV-2 infects the host cells by puncturing them with spike-like proteins. During infection, this creates a point of entry for the virus’s genetic material to flood the host cells and replicate.

In the vaccine, the mRNA is genetically coded to replicate the spike proteins without carrying the virus, eliminating the potential for infection while still activating the patient’s immune response.

Pfizer, which is making the vaccine in collaboration with the German company BioNTech, has accelerated the typical process from 15 years—clinical trial time alone lasting up to seven years—to as swiftly as 10 months. Despite the success of these expedited trials, they can’t test for longer term complications, causing some to balk at receiving the first round of vaccine doses once they’re produced.

The company is also saving time by building manufacturing infrastructure while vaccine research is still underway, a risk most firms wouldn’t ordinarily take without financial incentives from the U.S. government, Amiji says.

Pfizer expects to produce 50 million doses of the vaccine before the end of the year.

“Some people might think they’ve already been infected and don’t need the vaccine. Others are saying this is happening too quickly,” Amiji says. “But I encourage everyone to get vaccinated once the vaccine is approved by the FDA. It’s the most effective way to protect yourself from the disease.”