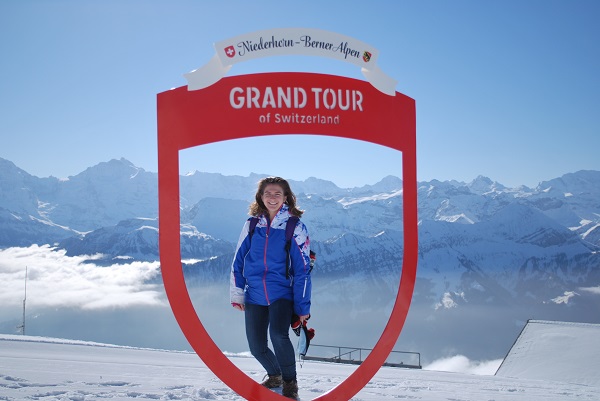 Hannah Boyce, E’22, chemical engineering, and president of Northeastern’s chapter of the AIChE, is researching potential new methods of biological drug delivery. For this and all her experiences she received Northeastern’s 2022 Hodgkinson’s Award. She is also continuing her education at MIT pursuing a PhD in Chemical Engineering.

As a high school graduate, Boyce knew that she wanted to study chemical engineering and go abroad for a semester. She chose to attend Northeastern, a university well-known for both its engineering program and its numerous international opportunities.

After her second co-op, Boyce was determined to complete her third and final co-op somewhere in Europe. When the pandemic hit, she quickly realized that her dreams might not be possible as the EU had banned foreign travel. Fortunately for Boyce, Switzerland isn’t a part of the EU.

“I started doing more research on Switzerland and the culture seemed to align with what I wanted to do and with who I am as a person in general. They eat a lot of chocolate, and they like to be outdoors and go hiking. And it’s a very outdoor, socially oriented culture,” Boyce said.

She started emailing professors and eventually found a university research group that had an opportunity at ETH Zurich. She scrambled to get a student visa and took off for Switzerland.

Boyce’s research at ETH focuses on extracellular vesicles. Extracellular vesicles are “something that all cells in your body are currently making right now. It’s a way for them to send communication or send proteins, or send even mRNA in little packages,” she said.

Boyce said that she was drawn to this specific area of research because it’s a new field of drug delivery that is currently rarely studied and not well understood. “There’s actually very few, probably less than 20 professors in the world, that are really working on this…It’s a new field of technology.”

Originally, scientists believed that extracellular vesicles only served as a waste product of cell metabolism. But within the last 20 years, scientists have discovered other uses for these vesicles.

“My part of the project is to figure out how the changes in the cells affect the vesicles that they make.” Once you understand how changes to the cell affect the vesicles, you can tailor the qualities of the vesicle by altering the cell’s environment. These vesicles can then be used to deliver biological compounds, like mRNA. 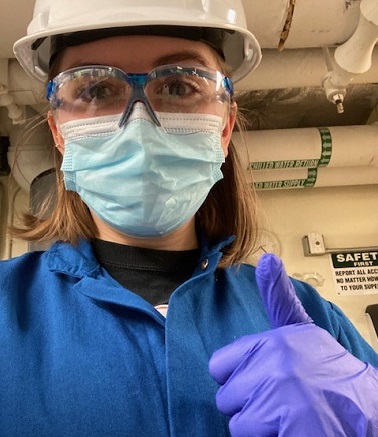 Most days, Boyce can be found in the lab exposing cells to different environments in bioreactors and documenting the changes to the extracellular vesicles produced by the cells. “We have a series of analytical techniques to characterize the vesicles. It’s really optimizing those to then see how different factors affect the products based on the current analytics that we’re using.”

One such experimentation factor is called perfusion, which involves removing and inserting different mediums. “So your little workers, [the cells], are manufacturing everything, and you take out the spent medium that’s been depleted of all the nutrients they need and also has some not so good byproducts for them, and then you put in a completely fresh medium. And we’re doing that at that small scale. So then eventually, we will hopefully be able to do that in one to two liter bioreactors. In long term translation, you then would move to multiple liter bioreactors.”

Just as she did before she started her undergraduate degree at Northeastern, Boyce has two goals moving forward: to become a teacher and to travel more. Grad school is an inevitability, but the location certainly isn’t. “I could not even tell you what country I will be in in fall of 2022. So, it’s like a good quarter life crisis,” she said.

Boyce said she encourages everyone to study somewhere new if they get the chance. “It just helps you gain a new perspective and understand people better. And you get to make some good friends.”