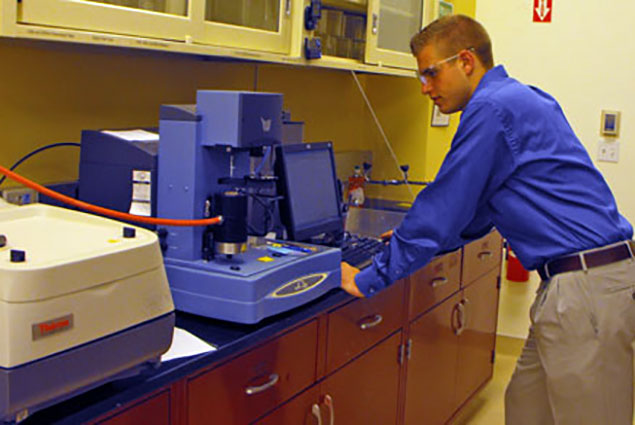 Peter Ries, BS, Chemical Engineering, 2012—As a young chemical engineering student Peter Ries chose to use his co-op’s working at Boston based Procter and Gamble. A total of 18 months of experience at the large corporation landed him a permanent career as a research and development engineer upon his graduation in 2012. Ries was not only savvy in his co-op experiences he also participated in the American Institute of Chemical Engineers student chapter and received many awards including being named one of the 100 Most Influential Seniors for the potential to change society.

“For my first coop, I worked for Procter & Gamble Gillette in South Boston as a research lab technician. My role involved physical and instrumental testing of the resins and materials used in the production of Gillette™s razors. I was responsible for running tests to completion and then organizing the data into a formal report. This was then sent to a group of engineers who used the data to make important decisions about possible improvements and new upstream products they were developing. I gained a lot of lab experience which will no doubt help me in the future, especially if I go into materials science. It was also a cool experience because I had the opportunity to work with consumer products which I myself use on a regular basis.”