Reaching Goals Sooner with the PlusOne 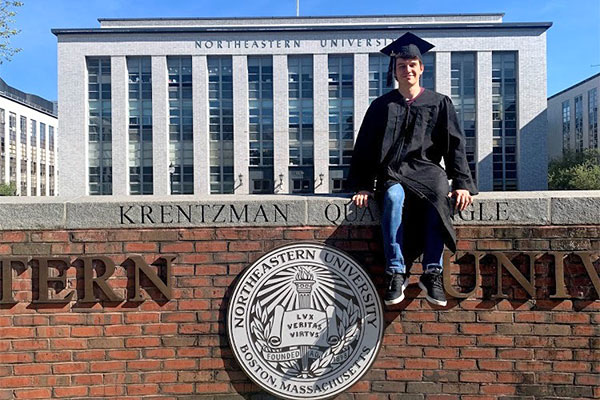 Derek Smith, E’20, ME’21, initially decided he wanted to pursue a PlusOne degree after talking to his coworkers on one of his co-ops. “They admitted to me that they found the prospect of going back to school daunting,” Smith reveals. “It seemed more in line with my goals to keep going.” Now, the Long Island native plans on graduating with an MS in Chemical Engineering in May 2021, just one year after obtaining his BS in Chemical Engineering with a minor in Biochemical Engineering. He is also currently working at Takeda Pharmaceuticals in the cell therapy division.

Smith got more than advice about graduate school planning out of his co-ops; he says that they “helped hone his skills and his goals,” specifically pinpointing his career interests from general pharmaceuticals to gene and cell therapy. At his first co-op, Acorda Therapeutics, Smith had the opportunity to work in the lab in a very hands-on position. “I made some really good friends, and even got to work with a friend who ended up in my capstone class,” Smith recounts. “It was a positive first insight into the pharmaceutical industry.” His final co-op at bluebird bio had Smith also in a manufacturing position, but at a company that focused more on contract manufacturing in which manufacturing of products would take place at different companies. Smith admits that this, “was a much more hands-off position, but incredibly interesting to see different applications in action.” Smith is also a great example of how networking at co-ops is an invaluable part of the experience; he met his current manager at Takeda Pharmaceuticals while they were both working at bluebird bio. 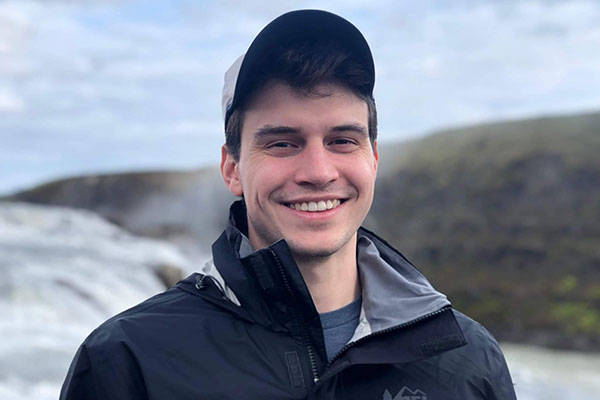 Smith has been equally invested in having a well-rounded experience at Northeastern. He had an on-campus job working in marketing for the athletics department at hockey and basketball games all four years of his undergraduate degree. “It was actually very cool. I got to be down on the ice or the court helping out the PA guy for just about every game,” Smith recounts. He also did club running for a few semesters and was on the financial board for AIChE, the chemical engineering professional society. Of that, Smith says “that was really fun, and it was helpful for the co-op search to get to hear from all the guest speakers.”

Smith is a strong believer that if you work hard, getting an MS degree through the PlusOne program is very useful and possible. He notes that there is a large financial incentive, and highlights that the concepts you learn at Northeastern at the undergraduate level directly apply to MS level classes. “In my opinion, the only difference is that the math gets harder,” Smith conveys, with a slight chuckle. After all, Smith already had half of his MS level classes finished prior to even technically beginning the degree, which he credits as being incredibly useful in making his decision to continue his higher education. As someone who likes to branch out, Smith selected the non-thesis option to be able to focus on electives, such as engineering management classes. Smiths says, “I had the opportunity to see how a manager at various companies might make decisions, which was really interesting and helpful as an employee.”

When asked if he had any advice for chemical engineering students, Smith answered very candidly, “Hang in there! There were definitely times in my academic career in which I thought this wasn’t the right path for me, that chemical engineering wasn’t for me, but if you stick with it, you can accomplish whatever you want to accomplish.”