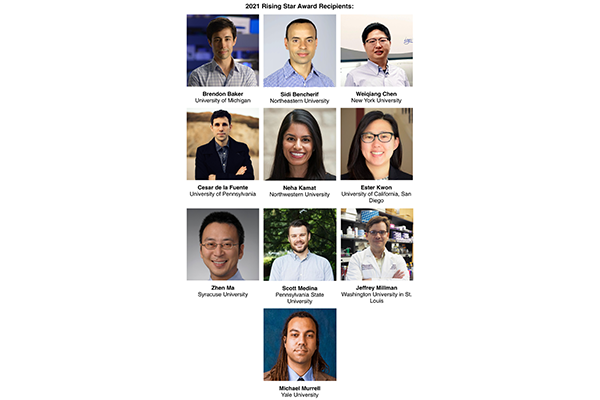 Chemical Engineering Assistant Professor Sidi A. Bencherif has been named one of the 2021 Rising Stars by the Cellular and Molecular Bioengineering (CMBE) Special Interest Group (SIG) within the Biomedical Engineering Society (BMES). The CMBE-SIG brings together researchers with diverse scientific and clinical interests with a common goal of understanding and engineering molecules, cells, their interactions and microenvironments in the pursuit of controlling biological processes and improving the practice of medicine.

CMBE’s Rising Star award is given to a select group of exceptional junior principal investigators each year. In recognition of his achievement, Bencherif was invited to present his findings and receive his award at the 2021 CMBE Conference held virtually on January 22, 2021.

Bencherif’s research focuses primarily on the fundamental understanding and development of polymeric materials for biomedical applications with a specific emphasis on tissue engineering, drug delivery, and cancer immunotherapy. In 2019, Bencherif received the NSF CAREER award and in 2020, he was named a 2021 Emerging Investigator by Biomaterials Science.