A New Way to Fight ‘Superbugs’ 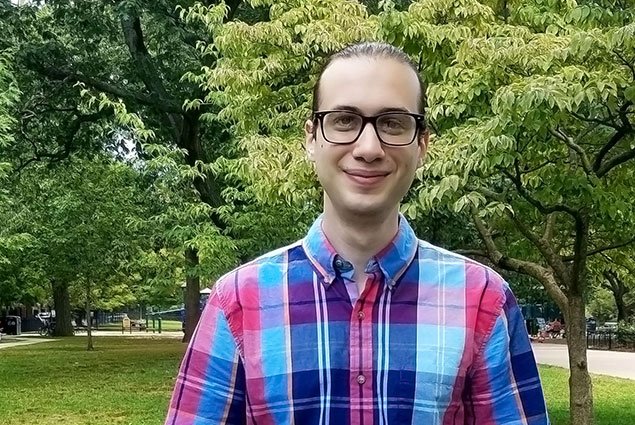 Northeastern doctoral graduate Ben Geilich cheerfully admits that he loves studying bacteria—tiny, resourceful creatures that can quickly grow and morph into new forms. In their deadliest form, bacteria turn into superbugs: infections that resist the world’s most potent antibiotics.

“The thought of going to the doctor with an infection and having the doctor say, ‘There’s nothing you can do’ is terrifying,” says Geilich, PhD’16. “Antibiotic resistance is almost a forgotten problem, and it will come back to bite us if we don’t do something about it.”

Since the 1950s and 1960s, when scientists discovered many of the antibiotics still used today, research into new antibiotics has slowed to a trickle as drug companies focused on other maladies that require longer, more lucrative treatments. Meanwhile, commonly prescribed antibiotics are losing power as infections change and gain strength as superbugs.

To address this global public health threat, Geilich wondered if there was a way to rev up existing antibiotics by recycling or repackaging them: “Rather than trying to develop new antibiotic drugs, could we make the old ones useful again?”

Geilich’s solution was to pack antibiotics and metals into tiny capsules that are one-thousandth the width of a human hair. In lab tests, these capsules have shown great promise—penetrating and killing off strains of deadly infections like E. coli and MRSA.

Why metals? Metals can jam up pores in bacteria, making it difficult for bacteria to take in nutrients and grow. Also, nano-sized metals exhibit special properties that bulk metals lack. For example, silver nanoparticles can punch through the thick, slimy outer layer of infections, allowing the antibiotic-filled capsules to penetrate. Geilich has also used highly magnetic iron nanoparticles to “pull” and “guide” antibiotic-filled capsules through bacteria—a targeted approach.

Scientists have long explored using metals as medicines, but worried metals would be too toxic to patients. But packing metals into tiny capsules that can be injected or swallowed could protect patients from such toxicity. Geilich applied for a patent on the capsule technology. Geilich hopes the discovery will lead to other innovations, such as more precise, targeted treatments for cancer that reduce the side effects associated with killing both healthy and cancerous cells during chemotherapy.