A Future in Cancer Research for this Goldwater Scholar 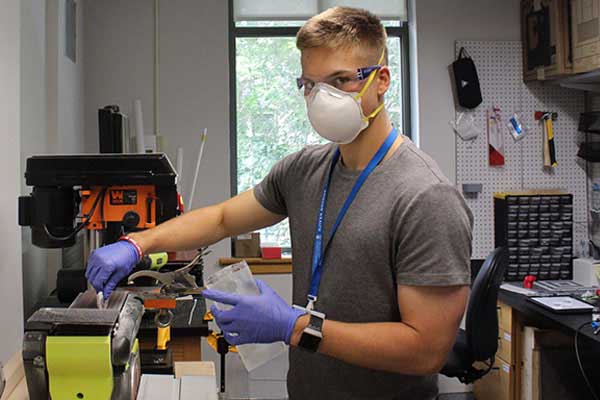 Cameron Young, E’22, chemical engineering and biochemistry, wants to see medical research translate directly to personalized treatments. He has carried this mission through both of his co-op experiences and through his research under Assistant Professor Ambika Bajpayee. “A lot of times there’s a disconnect between academic research that goes on in the lab and …really taking some of these findings, and making them useful to improve people’s lives,” Young said. For all of his efforts, Young was awarded the 2021 Barry Goldwater Scholarship, the most distinguished award given to scientists and engineers.

Young was first exposed to research at Northeastern as a high school student through the Young Scholars program. For two months, Young assisted a professor with research and presented findings. This experience, his acceptance into the Honors Program, and the promise of future research opportunities made Northeastern an obvious choice for Young when choosing where to pursue his undergraduate degree.

It was also around this time that Young started volunteering at Boston Children’s Hospital in their inpatient unit. “I would go like once a week, for four hours, and literally just play games with kids in the hospital. And it was super fun. I met a lot of amazing people, both patients and families and staff. And I kind of fell in love with the hospital environment…To me, it felt like a place I could see myself going to every day as a job,” he said. Soon enough, his goal became a reality. 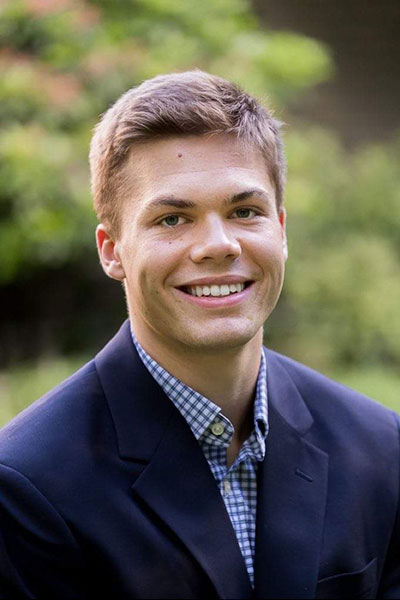 At his first co-op with Brigham and Women’s Hospital and MIT, Young performed clinical research in radiation oncology. “When cancer patients are receiving radiation, the radiation will hit healthy tissue as well as cancerous tissue, just because it’s hard to control some of the scattering. And this leads to really severe side effects,” Young said. “Our idea was developing these personalized radioprotective devices…made out of lead or other high-density materials that could shield radiation. And they could be positioned according to the patient’s anatomy, and then 3D printed exactly based on the patient’s anatomy.”

During this co-op, Young also studied the way different drugs interact while being absorbed into the body. “There’s only so many channels that can bring drugs in, and drugs that are similar shapes might use the same transporter. If you’re taking two drugs at the same time, and they both use the same cell transporter, they’re going to inhibit each other….We developed a machine learning model to predict these kind of drug-drug interactions and predict which transporters they used in your body,” he said. Young’s team was able to apply these findings to predict novel drug interactions that were then validated by patient data.

Young’s second co-op would bring him back to Boston Children’s Hospital where he contributed to a nationwide study of COVID-19 cases in kids. Working directly with CDC employees and doctors from around the country, Young helped compile and study COVID patient data from more than 70 hospitals.

Using data from this study, Young studied Multi-system Inflammatory Syndrome in children (MIS-C), a condition sometimes caused by COVID-19 infections in children. “These kids are often asymptomatic for COVID-19, but then four to six weeks later… they’re developing heart failure, severe fever, and systemic inflammation. And they need to be mechanically ventilated, put on serious drugs, and treated in the ICU,” he said.

“We did a study that compared kids with MIS-C specifically versus those that just had severe COVID-19….Why do some kids get sick right away? And why do some get sick later and get this more severe disease?” According to Young, many doctors believe the distinction is caused by genetic factors. However, Young’s team also found that MIS-C disproportionately affects minority children between the ages of six and twelve. Their research was recently published in the Journal of the American Medical Association.

In the future, the promising student wants to perform cancer research. “What’s really striking about cancer is that it’s just such a diverse group of diseases that are caused by so many different mechanisms, which represents a really tremendous challenge for treating it,” Young said. “But because it presents itself in so many unique ways, it really provides the potential to treat disease in so many different ways.” In researching cancer, Young said he sees an opportunity to tailor treatments to each patient.

Currently, Young is applying to medical schools. “I’d like to be a physician and a researcher as well and work in more of a hospital setting, and hopefully, directly improve the lives of other people.”