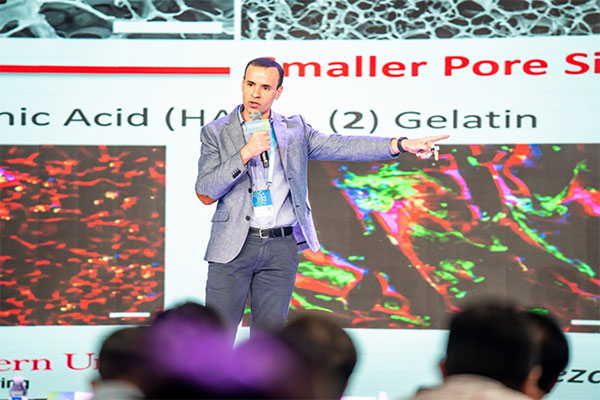 ChE Assistant Professor Sidi Bencherif was invited to give a keynote lecture at the symposium: Opportunities and Challenges in Biomaterials Research in Wenzhou, China on October 26, 2019. This symposium was part of the 2019 World Young Scientist Summit organized by the Wenzhou Institute of University of Chinese Academy of Sciences.

The meeting was unprecedented in China for its focus on young researchers and scholars and covered all possible academic areas. This World Young Scientist Summit was supported by the highest levels of politicians. Chinese President Xi Jinping sent a congratulatory letter to the Summit, with a key message that China is very pleased to support young scientists. Nobel Prize laureates, the Vice President of the Chinese Academy of Science and Technology (CAST), high-level authorities from the Chinese Academy of Sciences (CAS), and ranking members of local governments and prominent businessmen were all invited to the Summit.